Stage 1 of the trip

Showed up this morning right at 5 AM. There was a bit of confusion as an attendant attempted to help...and it only made things worse. My bag weighed in at 40 lbs., this was after my first weighing had me at 20. Courtney said she started with 70 and had to work down. Oh and I like how Dr. Cooper saved the bad news until we were already at the airport. It turns out that Dr. Price had the time schedule off a bit. Instead of starting the dig day out at 7 AM, we will start at 5AM! Ouch.

On the Dallas to Newark flight, we had a backseat pilot. It is a little disconcerting to see a pilot take a seat in the back. You wonder if he passed this flight off to someone else so he could nap. Of course I just liked the idea that we had a backup on board.

There is an unspoken rule: no matter how many tattoos you have, babies cause you to have odd facial expressions followed by strange ramblings. The muscular man next to me on the flight, Exhibit A.

At Newark, I was a bit shocked to find the Eiffel Tower. To my relief I found New York outside my window. So, in celebration I bought an "I <3 New York" item...only because I needed a wallet. (one that doesn't entice pickpockets or coworkers).

We are stalling our time until the next boarding. Two are asleep, one is reading, one went exploring, and I am blogging.

I hear one of the in flight movies is Hugo. Dr. Cooper says we all have to watch it. I know that I just need to get a nap in sometime. I'm running on fumes: caffeine. 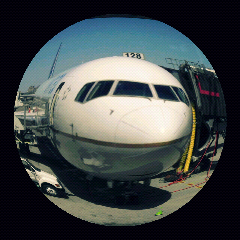 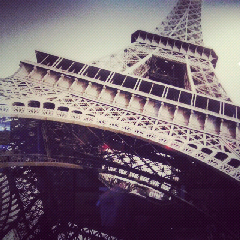 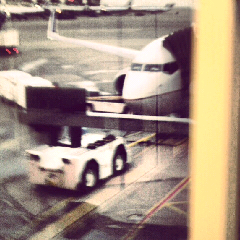 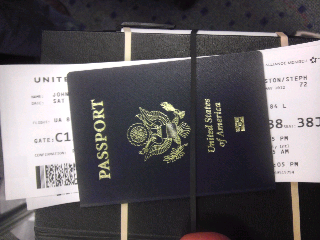