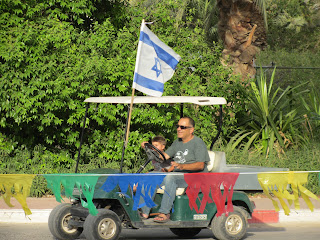 So, as most of you know, I am staying at a Jewish Kibbutz here in Israel (just 1 of 267). Originally these were basically a little farming communities that operated on a communal basis. Each person takes turns doing the work in exchange for housing and pay. I understand that now very few (one estimate had it at only 10) operate in this manner. Now the people rent rooms and they are hired for various positions around the Kibbutz.

Yesterday we joined the local celebration of Shavuot, or the Feast of Weeks. This is a Festival recorded in the Bible (Exodus 34:22; Numbers 28:26-31; Leviticus 23:15-21) that celebrates God's provision of the wheat harvest. It is also the time that the locals celebrate receiving the Torah. 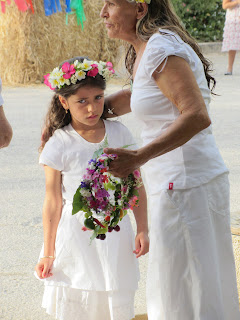 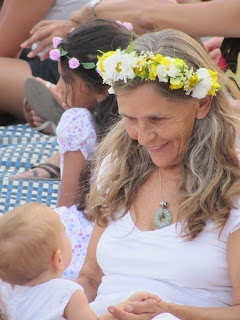 This is demonstrated by the celebrants wearing white (for the Torah) and flowers (symbolically the first fruits, more traditionally the children pick fruit as their decorations). 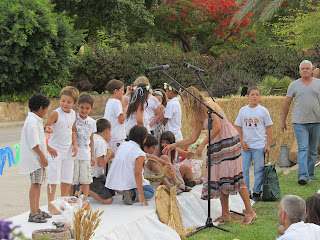 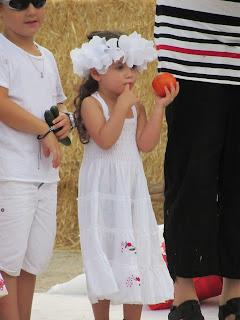 Things began with a children's choir singing and yes, there was one child that got plenty of laughs from those watching. When they were done the youngest children came up carrying a piece fruit or vegetable that rhymed with their name. Then these were symbolically offered up by placing them into a basket. 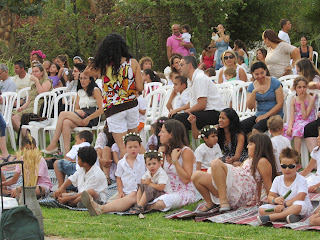 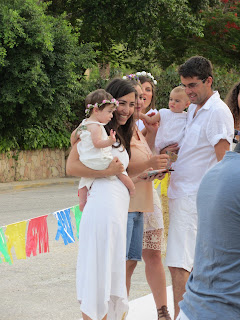 The celebration focuses on provisions and harvest and this includes children. Here are the two children born in Kibbutz Kalia this year. Once a year at this festival the children are presented to the Kibbutz. Sort of like a church's baby dedication. 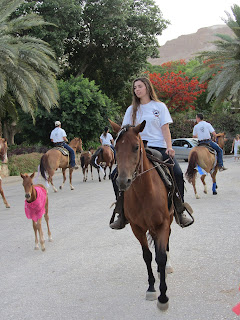 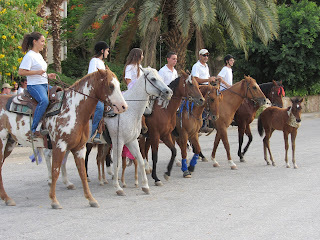 This was followed by a horseshow including two young foals. (In the right photo you can see the two month old foal and her mom.) There is a stable here on the Kibbutz and the staff showed off their skills. Then they put the young riders on and had them also show what they have learned. 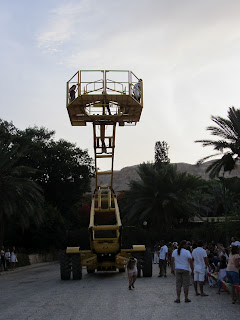 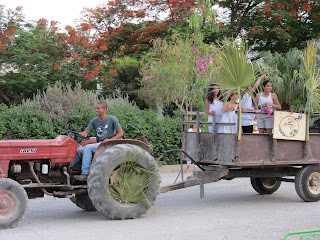 A parade followed comprised of harvest machinery. On each one, older children could be seen throwing candy to the younger children in the audience. 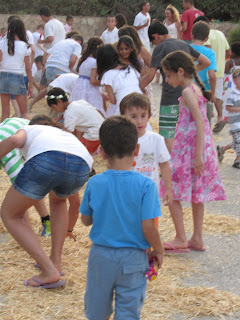 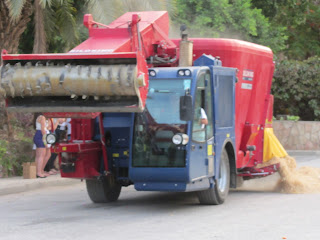 The parade ended with a combine tossing out piles of hay. Once it passed, the children ran to the hay to search for hidden sweets. 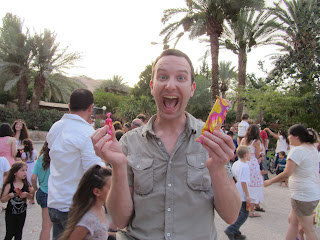 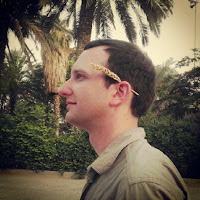 As you can tell, I had a great time
celebrating with the locals!
Posted by Unknown at 10:00 PM

Email ThisBlogThis!Share to TwitterShare to FacebookShare to Pinterest
Location: Kalya