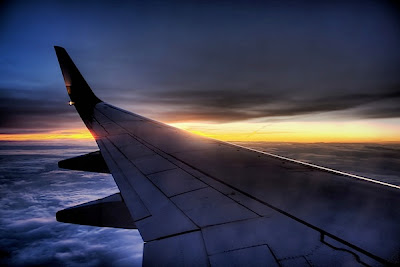 Dig begins. We will probably start with breakfast around 7:00 and begin working at 8:00. We will stop for lunch and then work the afternoon. There will be some evening lectures. 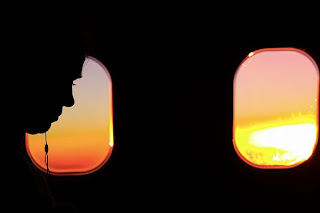 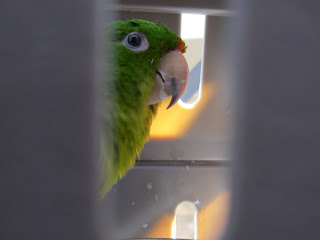 Charlie has officially headed south for a couple months and the apartment is already too quiet. I had been concerned about what to do with Charlie while I was overseas. After talking with the folks, we decided to meet up and give my parents the bird. (No people, I am not referencing a waving gesture using only a center digit.)

The visit was good for us to catch up on what is going on and dad shared with me his Israel photos. I hope to retake a few of his photos on my trip, just for some strange sense of enjoyment.﻿ Of course I forgot how much of a photographer he is. For some reason I had envisioned about 5 rolls of film. In reality there were closer to 50 rolls of film, photos, and slides. (Some of my friends are finally starting to understand why I take so many photos.)

So be warned, I plan to bore you with photos upon my return.

For the faint at heart and shorter attention spans: avoid making eye-contact, run for the hills, and remove Jerusalem from your vocabulary (or consider replacement phrases like: "the city found at 31.7833° N, 35.2167° E").

For the remotely-interested and those who find the topic unavoidable: ask about specific places--ten minutes before the service begins. Oh and consider a quick exit after the service. Pew jumping might be necessary.

To those that live life without a net and those that have more than 10 hours free at a time: ask to see the photo flipbook of my trip with a personal play-by-play. Nod often, smile throughout, maintain eye-contact, and use phrases like, "tell me more" and "then what?"
Posted by Unknown at 10:09 PM No comments: 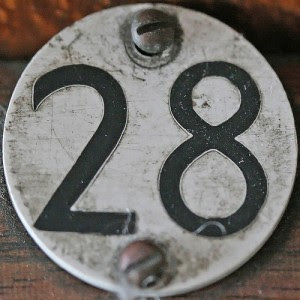 With just under a month left, I still feel as though I have a lot to get done. Most importantly is my school work. The biggest task is my research paper and presentation on Alzheimer's disease. Once that is out of the way, I guess my Greek final is the next hurdle.

As far as plans for the trip, I still have to do a little shopping. I plan to visit some thrift stores and find some grungy clothes to wear while playing around in the dirt. There is still a lot to get done and only 28 days left!
Posted by Unknown at 12:24 AM No comments:

As it turns out, all Criswell students that are going on the dig to Qumran will get a free class credit. Yes, you read correctly, free! 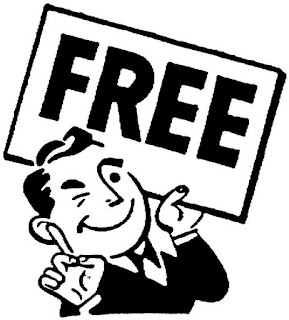 Of course this is only possible due to the very generous contributions that friends and family members have made to send me to Qumran. Thank you! Now you are literally helping my education.

I must say, that this is the farthest that I will ever have traveled to attend a class--though I have no doubt that it will be worth every single mile! Oh yeah and besides being awesome, did I mention this class would be free?!
Posted by Unknown at 10:28 PM 1 comment:

Help Shop Me Away! 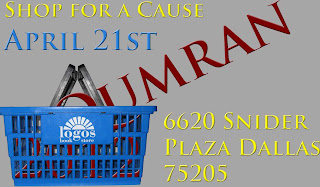 I work at a local Christian Bookstore, on days when I'm not at school or in church-no joke. Well not only are the owners of Logos nice enough to let me return to my job after skipping the country to play in the dirt for a month, but they are also hosting a "Shop for a Cause" day.

This means that a portion of the proceeds that day will go toward the Criswell Qumran Team. All that people need to do is mention Qumran at the registers on April 21st. Aggies, that should be an easy day for you to remember, it is Aggie Muster Day. For all you non-Aggies, and I'm sorry you are not among the chosen, you may refer to this day as the anniversary of the battle of San Jacinto. For those that have no idea about what I just said, just come Saturday April 21st.

It was actually quite fun to run into a student on campus that helps in the offices. I had asked her where one of the staff members was and she told me she was in a meeting. Then as I started to walk away, she said, "Oh, are you Stephen Johnston? I feel like I know you, I've been processing all your checks for Qumran. You've had a lot come in!"

Thank you all for your support. Not only have you provided for me to be able to travel over seas, but you have made me famous around campus.

The Dead Sea Scrolls 101 - The Discovery 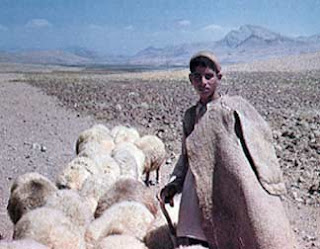 Perhaps we should thank a wayward sheep for the discovery of the Dead Sea Scrolls. Behind any lost sheep is a shepherd diligently searching. After all, a good shepherd always goes after the lost sheep...or at least sends his younger cousin.

It was the Spring of 1947, when young Muhammed ed Di’b went in search of one of his sheep. The search took him through an area about a mile from the western shore of the Dead Sea. As he climbed around the steep cliff face, he noticed some caves. Instead of inspecting each one for his lamb, he picked up rocks and began tossing them in the cave. Instead of hearing a bleating lamb followed by the rustling of lamb feet, Muhammed heard a crash. 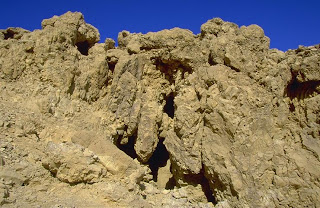 Though the details vary slightly, what is consistent is that curiousity and perhaps a little bit of fear came over the young shepherd. With the aid of his cousin, young Muhammed explored what would later be called "Cave I of Qumran". Here they discovered a collection of earthenware jars inside of the cave. Some of these jars were broken, at least one by Muhammed's pitching arm. Amidst broken fragments, the boys discovered rolls of leather bound in cloth. The young men gathered up some of these rolls and brought them back to their tribe.

The Bedouin elders inspected these rolls and found them to contain writings of some sort. For a time these scrolls served as interest and boasting rights, similar to a hunter's catch. Somewhere amidst the handling, the scroll was torn in half. This would later become the famous "Isaiah Scroll" of Qumran.

Eventually these scrolls were thought to have value and taken to be sold. The first dealer assessed them to be worthless and likely stolen from a temple. The scrolls moved through the marketplace, where another dealer offered to buy them. Another joined in the conversation and suggested that they take them to Khalil Eskander Shahin, a part-time antiques dealer. The dealer immediately noted their worth, but bought some of the scrolls for about $30.

In time the scrolls would be analyzed and their value discovered. Others would wonder if there were more. This would result in an all out search of the area for more caves, that perhaps might contain more scrolls. In fact, they would find 11 such caves.
Posted by Unknown at 10:54 PM 1 comment: